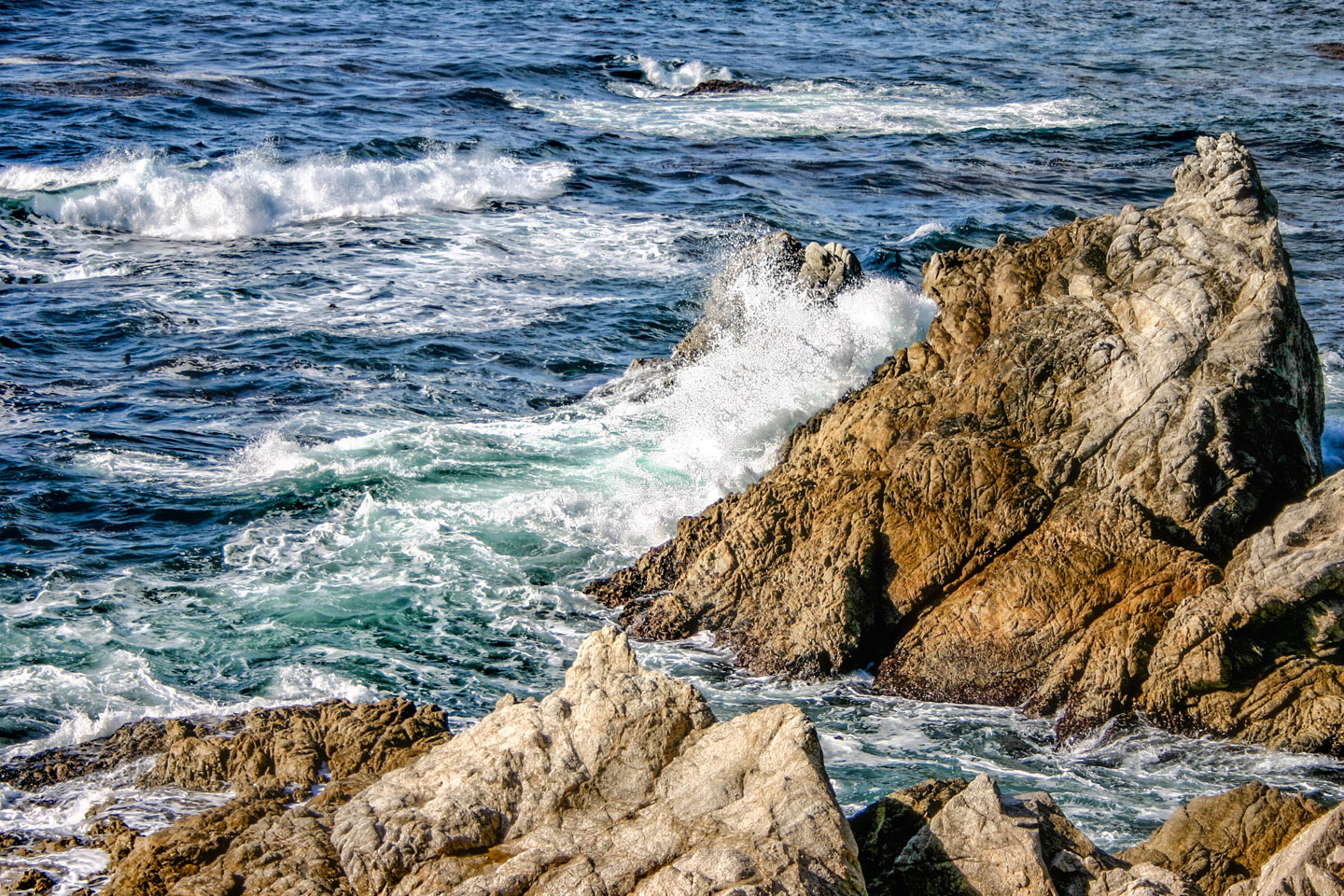 Interceding for a Nation

As we faithfully pray for our nation, God releases His power to effect change.

The Lord is sovereign over all things, and He’s the one who establishes nations and uproots them. In His eyes, they are as influential as “a drop from a bucket” or “a speck of dust on the scales” (Isa. 40:15). Have you ever thought of your country like this? From our perspective as individual citizens, nations wield great power and authority, and it seems as if one person would be unable to bring about any change.

But Christians can impact a nation with their prayers. In fact, the way we can play a part in reversing the downward trajectory of a nation is by interceding for those in authority. Paul urges the church to pray “for kings and all who are in authority, [in order to] lead a tranquil and quiet life in all godliness and dignity.” He goes on to say that God approves of this approach, as He “desires all people to be saved and come to the knowledge of the truth” (1 Tim. 2:2-4).

The Lord has the power to turn a nation back to Himself, and amazingly, He often uses the prayers of His people to accomplish His will. As James 5:16 tells us, the prayers of a righteous person can accomplish much. Are you faithfully appealing to God on behalf of your country’s leaders?

The word which came to Jeremiah from the LORD saying,

``Arise and go down to the potter's house, and there I will announce My words to you."

Then I went down to the potter's house, and there he was, making something on the wheel.

But the vessel that he was making of clay was spoiled in the hand of the potter; so he remade it into another vessel, as it pleased the potter to make.

Then the word of the LORD came to me saying,

``At one moment I might speak concerning a nation or concerning a kingdom to uproot, to pull down, or to destroy it;

if that nation against which I have spoken turns from its evil, I will relent concerning the calamity I planned to bring on it.

if it does evil in My sight by not obeying My voice, then I will think better of the good with which I had promised to bless it.

Behold, the nations are like a drop from a bucket, And are regarded as a speck of dust on the scales; Behold, He lifts up the islands like fine dust.

for kings and all who are in authority, so that we may lead a tranquil and quiet life in all godliness and dignity.

This is good and acceptable in the sight of God our Savior,

who desires all men to be saved and to come to the knowledge of the truth.

Therefore, confess your sins to one another, and pray for one another so that you may be healed. The effective prayer of a righteous man can accomplish much.

In my trouble I cried to the LORD, And He answered me.

Deliver my soul, O LORD, from lying lips, From a deceitful tongue.

What shall be given to you, and what more shall be done to you, You deceitful tongue?

Sharp arrows of the warrior, With the burning coals of the broom tree.

Woe is me, for I sojourn in Meshech, For I dwell among the tents of Kedar!

Too long has my soul had its dwelling With those who hate peace.

I am for peace, but when I speak, They are for war.

I will lift up my eyes to the mountains; From where shall my help come?

My help comes from the LORD, Who made heaven and earth.

He will not allow your foot to slip; He who keeps you will not slumber.

Behold, He who keeps Israel Will neither slumber nor sleep.

The sun will not smite you by day, Nor the moon by night.

The LORD will protect you from all evil; He will keep your soul.

The LORD will guard your going out and your coming in From this time forth and forever.

I was glad when they said to me, ``Let us go to the house of the LORD."

Our feet are standing Within your gates, O Jerusalem,

Jerusalem, that is built As a city that is compact together;

For there thrones were set for judgment, The thrones of the house of David.

Pray for the peace of Jerusalem: ``May they prosper who love you.

For the sake of my brothers and my friends, I will now say, ``May peace be within you."

For the sake of the house of the LORD our God, I will seek your good.

To You I lift up my eyes, O You who are enthroned in the heavens!

Our soul is greatly filled With the scoffing of those who are at ease, And with the contempt of the proud.

``Had it not been the LORD who was on our side," Let Israel now say,

``Had it not been the LORD who was on our side When men rose up against us,

Then they would have swallowed us alive, When their anger was kindled against us;

Then the waters would have engulfed us, The stream would have swept over our soul;

Then the raging waters would have swept over our soul."

Blessed be the LORD, Who has not given us to be torn by their teeth.

Our soul has escaped as a bird out of the snare of the trapper; The snare is broken and we have escaped.

Our help is in the name of the LORD, Who made heaven and earth.

Those who trust in the LORD Are as Mount Zion, which cannot be moved but abides forever.

As the mountains surround Jerusalem, So the LORD surrounds His people From this time forth and forever.

For the scepter of wickedness shall not rest upon the land of the righteous, So that the righteous will not put forth their hands to do wrong.

But as for those who turn aside to their crooked ways, The LORD will lead them away with the doers of iniquity. Peace be upon Israel.

When the LORD brought back the captive ones of Zion, We were like those who dream.

Then our mouth was filled with laughter And our tongue with joyful shouting; Then they said among the nations, ``The LORD has done great things for them."

The LORD has done great things for us; We are glad.

Restore our captivity, O LORD, As the streams in the South.

Those who sow in tears shall reap with joyful shouting.

He who goes to and fro weeping, carrying his bag of seed, Shall indeed come again with a shout of joy, bringing his sheaves with him.

It is vain for you to rise up early, To retire late, To eat the bread of painful labors; For He gives to His beloved even in his sleep.

Behold, children are a gift of the LORD, The fruit of the womb is a reward.

Like arrows in the hand of a warrior, So are the children of one's youth.

How blessed is the man whose quiver is full of them; They will not be ashamed When they speak with their enemies in the gate.

How blessed is everyone who fears the LORD, Who walks in His ways.

When you shall eat of the fruit of your hands, You will be happy and it will be well with you.

Your wife shall be like a fruitful vine Within your house, Your children like olive plants Around your table.

Behold, for thus shall the man be blessed Who fears the LORD.

The LORD bless you from Zion, And may you see the prosperity of Jerusalem all the days of your life.

Indeed, may you see your children's children. Peace be upon Israel!

``Many times they have persecuted me from my youth up," Let Israel now say,

``Many times they have persecuted me from my youth up; Yet they have not prevailed against me.

``The plowers plowed upon my back; They lengthened their furrows."

The LORD is righteous; He has cut in two the cords of the wicked.

May all who hate Zion Be put to shame and turned backward;

Let them be like grass upon the housetops, Which withers before it grows up;

With which the reaper does not fill his hand, Or the binder of sheaves his bosom;

Nor do those who pass by say, ``The blessing of the LORD be upon you; We bless you in the name of the LORD."

Out of the depths I have cried to You, O LORD.

Lord, hear my voice! Let Your ears be attentive To the voice of my supplications.

If You, LORD, should mark iniquities, O Lord, who could stand?

But there is forgiveness with You, That You may be feared.

I wait for the LORD, my soul does wait, And in His word do I hope.

O Israel, hope in the LORD; For with the LORD there is lovingkindness, And with Him is abundant redemption.

And He will redeem Israel From all his iniquities.

O LORD, my heart is not proud, nor my eyes haughty; Nor do I involve myself in great matters, Or in things too difficult for me.

O Israel, hope in the LORD From this time forth and forever. 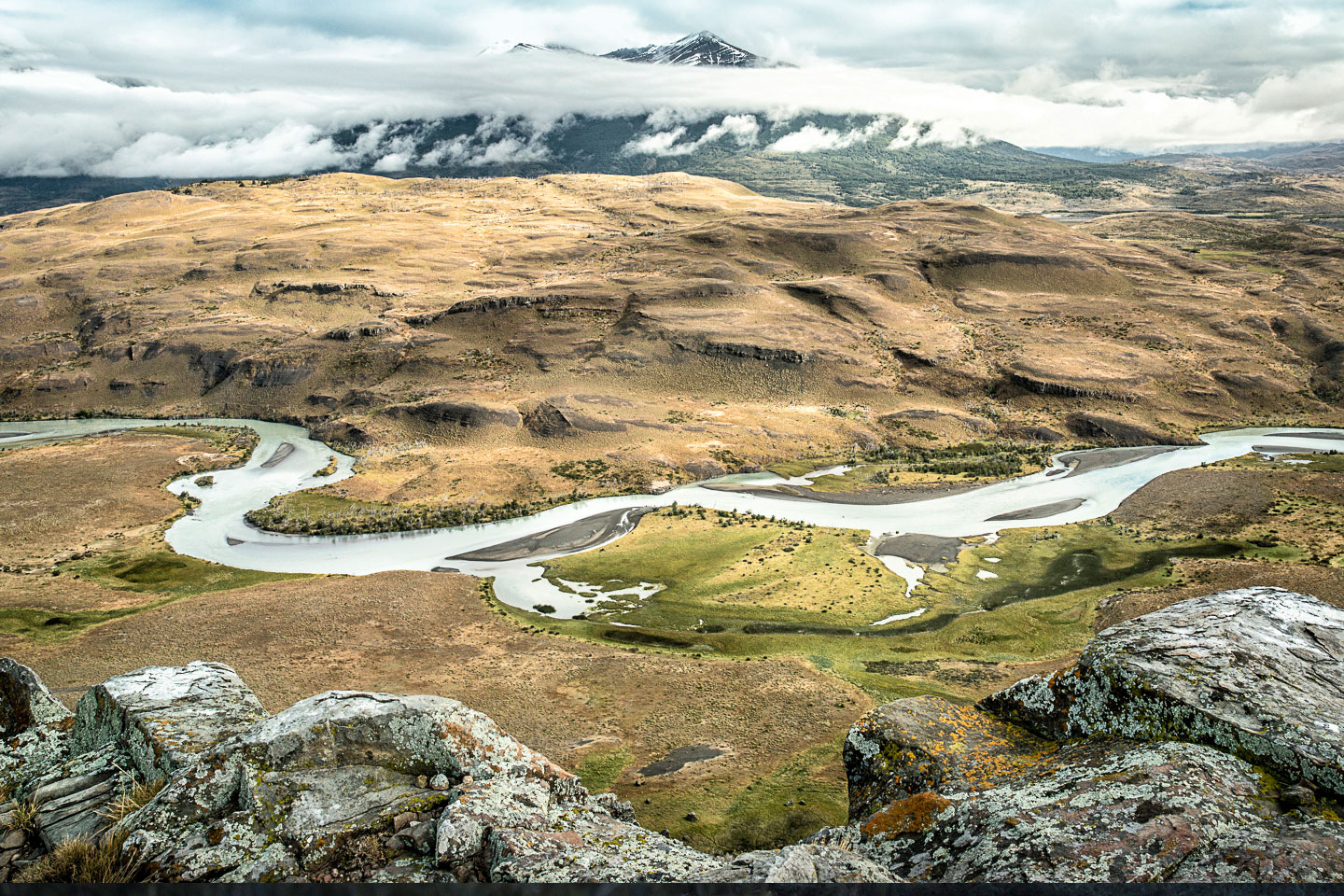 Daily Devotion
The Truth Inside
Ask yourself, Am I willing to pray for God to show me the broken places within my heart?
August 14, 2022 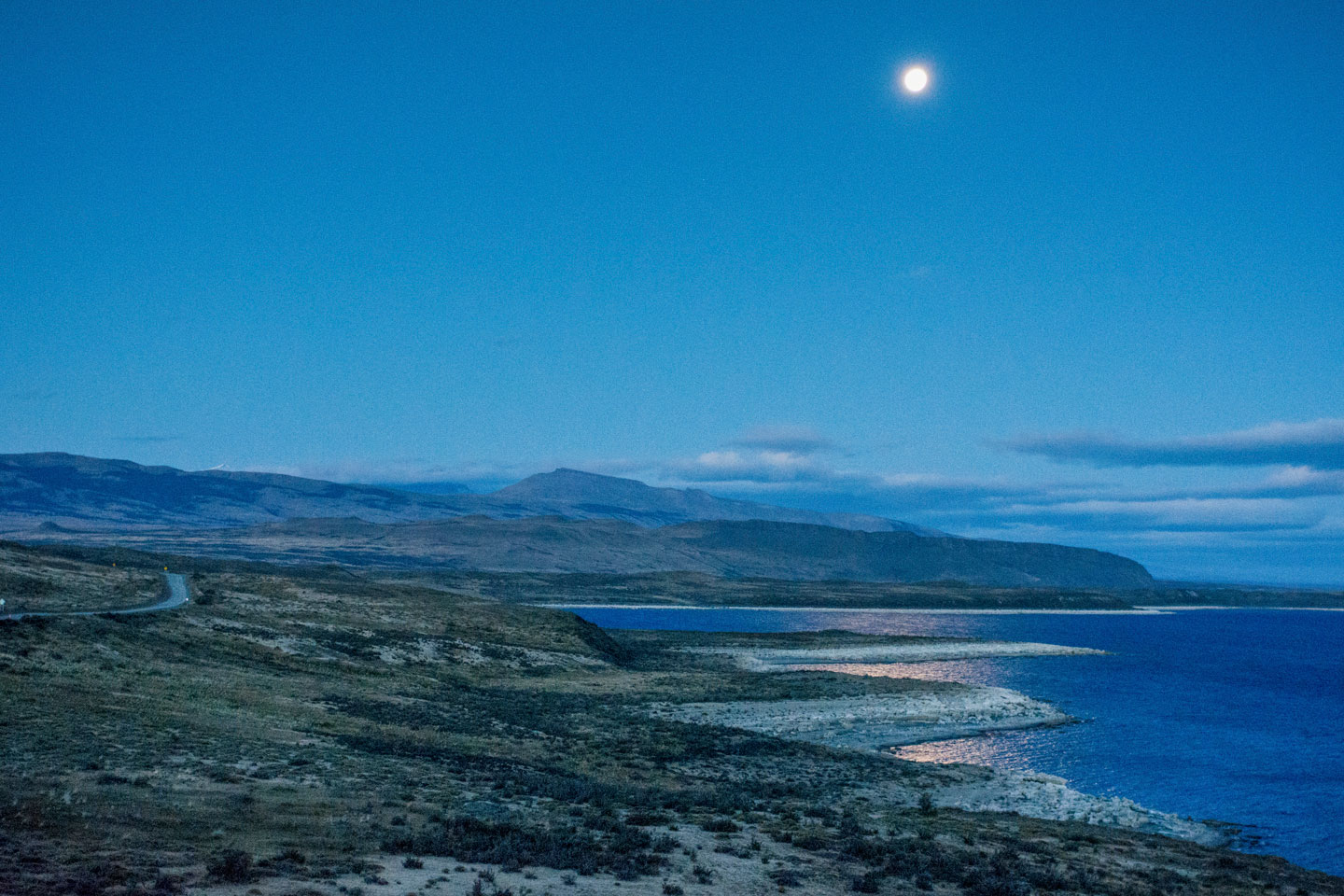 Daily Devotion
Where Are You?
Are you hiding from God?
August 13, 2022 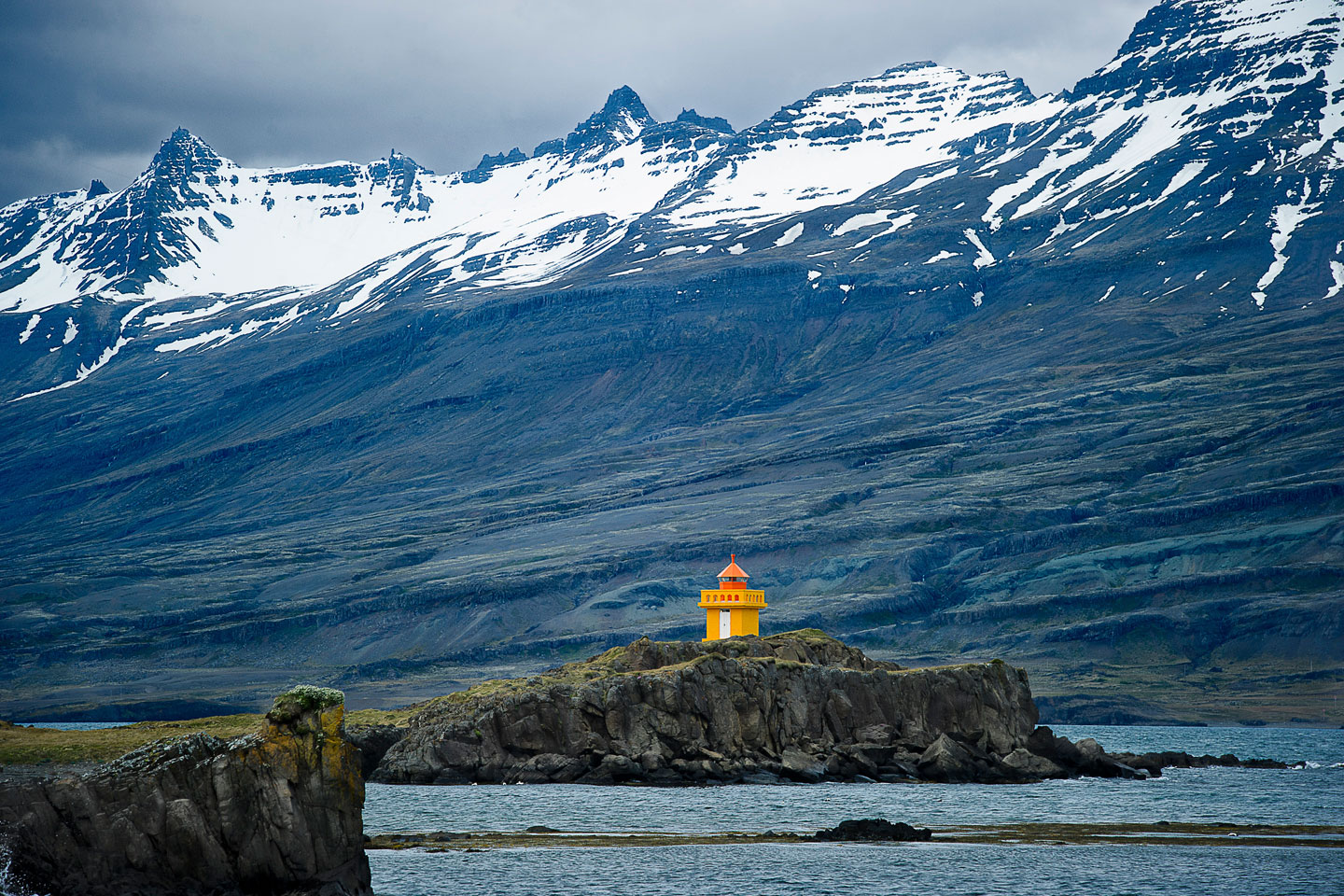 Daily Devotion
David: A Picture of God’s Sovereignty
Even when life doesn’t make sense, we can trust our good and loving heavenly Father.
August 12, 2022

The Truth Inside
Ask yourself, Am I willing to pray for God to show me the broken places within my heart?

Where Are You?
Are you hiding from God?

David: A Picture of God’s Sovereignty
Even when life doesn’t make sense, we can trust our good and loving heavenly Father.
See All Daily Devotions