Is Your Faith Clingy?

It’s one thing to hold on to God out of love—it’s another to do so out of fear.

I cannot stress enough how important it is to cling to the Lord with all your heart, mind, soul, and strength regardless of what happens, with the knowledge that He ultimately provides what is absolutely best for you. The truth of the matter is, sometimes you will not understand why the Father allows certain challenges to touch your life, but with God there is always hope. And there are abundant blessings you will forfeit if you give in to your discouragement.

Cling as a word has baggage. There’s a kind of sickly desperation associated with the term in our culture—the image of a man hanging from a roof ledge comes to mind, pedestrians and cabs and cars circulating below. But then there’s the yearning of the lonely, friendless soul, who nips at the heels of would-be companions and drives them further away with each overture. Neither has much appeal, if I’m being honest. And yet I have to admit a certain fervency, if not outright desperation, shows up again and again in the Bible with regard to God: A mother promises to give up her son, dedicating the child to the Lord, if only He’ll let her conceive (1 Sam. 1:11-28); a man sells everything he has in order to possess one tiny yet priceless pearl (Matt. 13:45-46); a woman turns her house upside down looking for a single lost coin (Luke 15:8-10).

I want to argue for the difference between desperation and dependence—that one comes from fear and the other from humility and love. But who am I to judge whether someone’s “clinginess” is justified, or that my own efforts to remain cool and collected are, in fact, a better way? Self-reliance, so often rife with ignorance or denial about one’s true need—not to mention ego—is largely at odds with the Christian life.

There’s a balance here somewhere: Perhaps the kind of clinging that leads to spiritual fulfillment is one that’s better described as hunger—the sort we feel as though guests of a lavish banquet, or as children welcomed to eat freely in a lush garden. Of course, this kind of joy and satisfaction often seems elusive as we deal with trying circumstances, complicated by the world’s brokenness. In those moments we look around and, seeing nothing, say with the apostle Peter, “Lord, to whom shall we go? You have words of eternal life” (John 6:68).

In my best estimation, clinging to God is a matter of the heart—one of rightly ordering our attachments and trusting supremely in the love of God. Yet it’s hard, if not impossible, for the heart to arrive there without the life of discipleship and all that comes with it—what we might call the “doings” of faith: corporate worship, prayer and fasting, service, reading the Bible, and so on. Sometimes, the heart has to follow the body in order to learn—as we kneel, taste bread and wine, exhale the words of Scripture, and our chests vibrate with singing. It’s a process, and for some of us—yours truly included—a slow one.

What would it look like for you to attach yourself to God in every area of your life, not out of fear but love?

What would it look like for you to attach yourself to God in every area of your life, not out of fear but love? Despite all our training, far too many of us imagine God as the indifferent onlooker who could pull us up from the ledge, if only He wanted to. Or else we see Him as the chased-after companion who we fear will one day finally turn around and say to us, exasperated, “Just leave Me alone, would you?” What a confirmation of our insecurities that would be, if only there were any truth to it. But no, both of these scenarios are projections of our own pride—our inability or refusal to believe that the Lord is who He claims to be. That He and His love are really that good.

Here’s the thing: Each of us is going to cling to something. The question is not if but what—will it be something temporal or eternal? Will we hold onto our anxiety and the myriad ways it manifests in our lives—an overattachment to money and status, perhaps, indecisiveness or weak relationships, or any number of other struggles that hold us back? Or will we hold on with all we’ve got to the mercy of God? Put like that, so plainly, the answer is so obvious it hurts. And yet each of us has our own complex reasons for the unbelief we flirt with or carry in our heart. Regardless of the reasons, the outcome is the same for all: We miss out on the joy and freedom of fully giving up our lives to Him. That’s the great paradox of knowing Christ—we fret and make decisions in order to protect the versions of ourselves we most want or are most comfortable with. But it’s in giving up those attachments that we find true life. The one we couldn’t have fashioned ourselves but always wanted—the life we have been trying all our years to create but to no avail.

Where else can we go? Christ alone has the words of life. He is our life. Clinging to God doesn’t require grand gestures but a faithfulness day by day, moment by moment. And that faithfulness most often takes the form of attention—the way, no matter what we’re doing, we bring our heart back to Him. And walk through our days following as best we can, trusting He’ll never leave us behind.

Now it came about, as she continued praying before the LORD, that Eli was watching her mouth.

As for Hannah, she was speaking in her heart, only her lips were moving, but her voice was not heard. So Eli thought she was drunk.

Then Eli said to her, ``How long will you make yourself drunk? Put away your wine from you."

But Hannah replied, ``No, my lord, I am a woman oppressed in spirit; I have drunk neither wine nor strong drink, but I have poured out my soul before the LORD.

``Do not consider your maidservant as a worthless woman, for I have spoken until now out of my great concern and provocation."

Then Eli answered and said, ``Go in peace; and may the God of Israel grant your petition that you have asked of Him."

She said, ``Let your maidservant find favor in your sight." So the woman went her way and ate, and her face was no longer sad.

Then they arose early in the morning and worshiped before the LORD, and returned again to their house in Ramah. And Elkanah had relations with Hannah his wife, and the LORD remembered her.

It came about in due time, after Hannah had conceived, that she gave birth to a son; and she named him Samuel, saying, ``Because I have asked him of the LORD."

Then the man Elkanah went up with all his household to offer to the LORD the yearly sacrifice and pay his vow.

But Hannah did not go up, for she said to her husband, `` I will not go up until the child is weaned; then I will bring him, that he may appear before the LORD and stay there forever."

Elkanah her husband said to her, ``Do what seems best to you. Remain until you have weaned him; only may the LORD confirm His word." So the woman remained and nursed her son until she weaned him.

Now when she had weaned him, she took him up with her, with a three-year-old bull and one ephah of flour and a jug of wine, and brought him to the house of the LORD in Shiloh, although the child was young.

Then they slaughtered the bull, and brought the boy to Eli.

She said, ``Oh, my lord! As your soul lives, my lord, I am the woman who stood here beside you, praying to the LORD.

``For this boy I prayed, and the LORD has given me my petition which I asked of Him.

``So I have also dedicated him to the LORD; as long as he lives he is dedicated to the LORD." And he worshiped the LORD there.

``Again, the kingdom of heaven is like a merchant seeking fine pearls,

and upon finding one pearl of great value, he went and sold all that he had and bought it.

``Or what woman, if she has ten silver coins and loses one coin, does not light a lamp and sweep the house and search carefully until she finds it?

``When she has found it, she calls together her friends and neighbors, saying, `Rejoice with me, for I have found the coin which I had lost!'

``In the same way, I tell you, there is joy in the presence of the angels of God over one sinner who repents."

Simon Peter answered Him, ``Lord, to whom shall we go? You have words of eternal life. 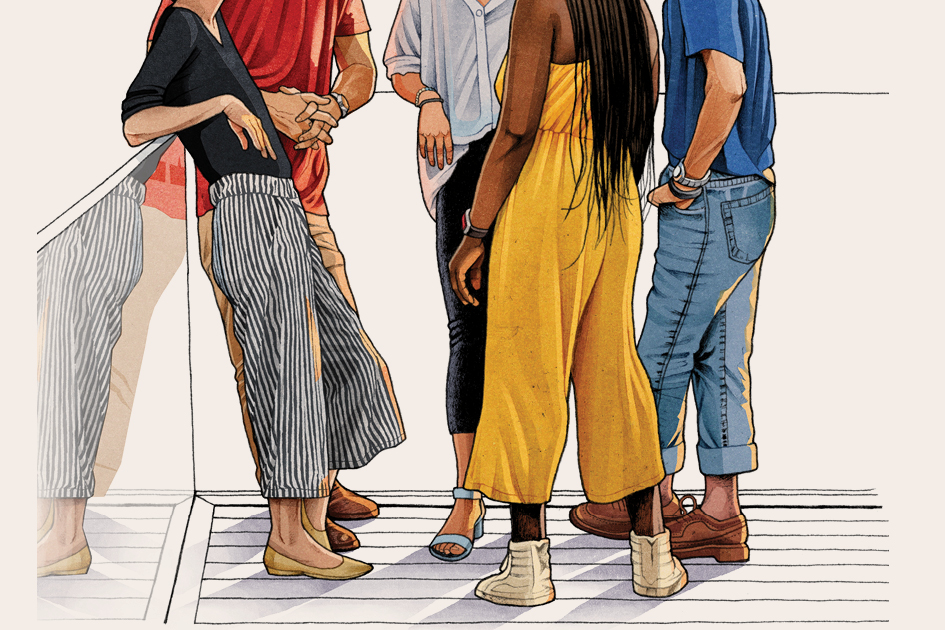 Feature Article
Extraordinary Faith
There’s nothing common about those who respond to the call of God.
Joseph Miller
May 19, 2022 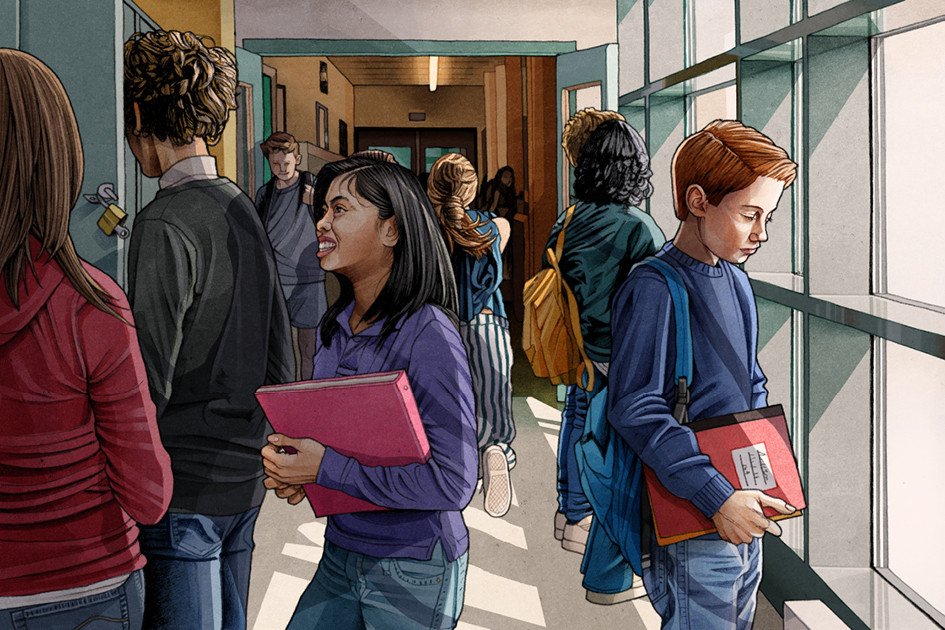 Feature Article
Double Take: Spiritual Intimacy
What does a close, personal relationship with Jesus look like from day-to-day?
Tim Rhodes and John VandenOever
May 16, 2022 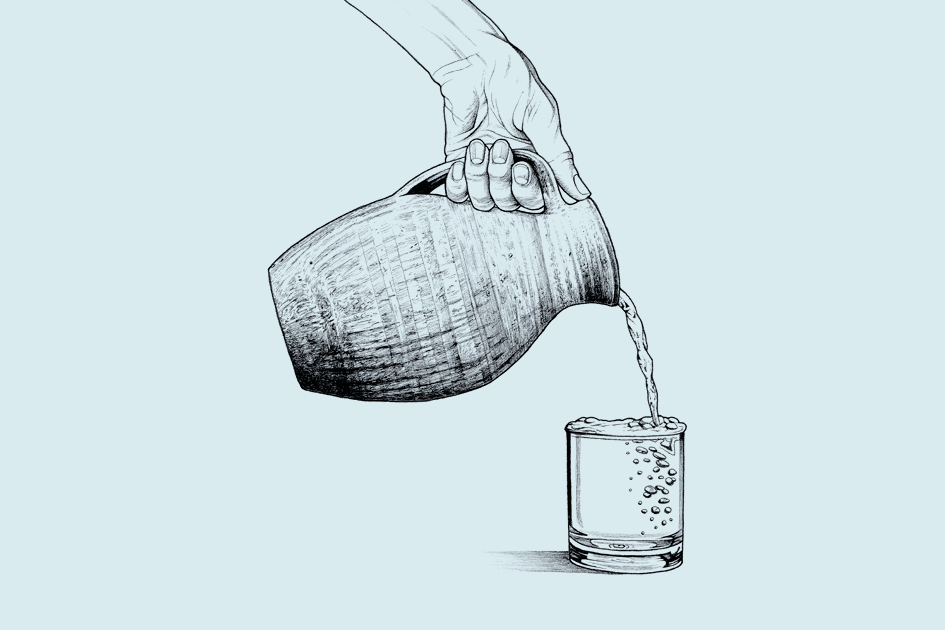