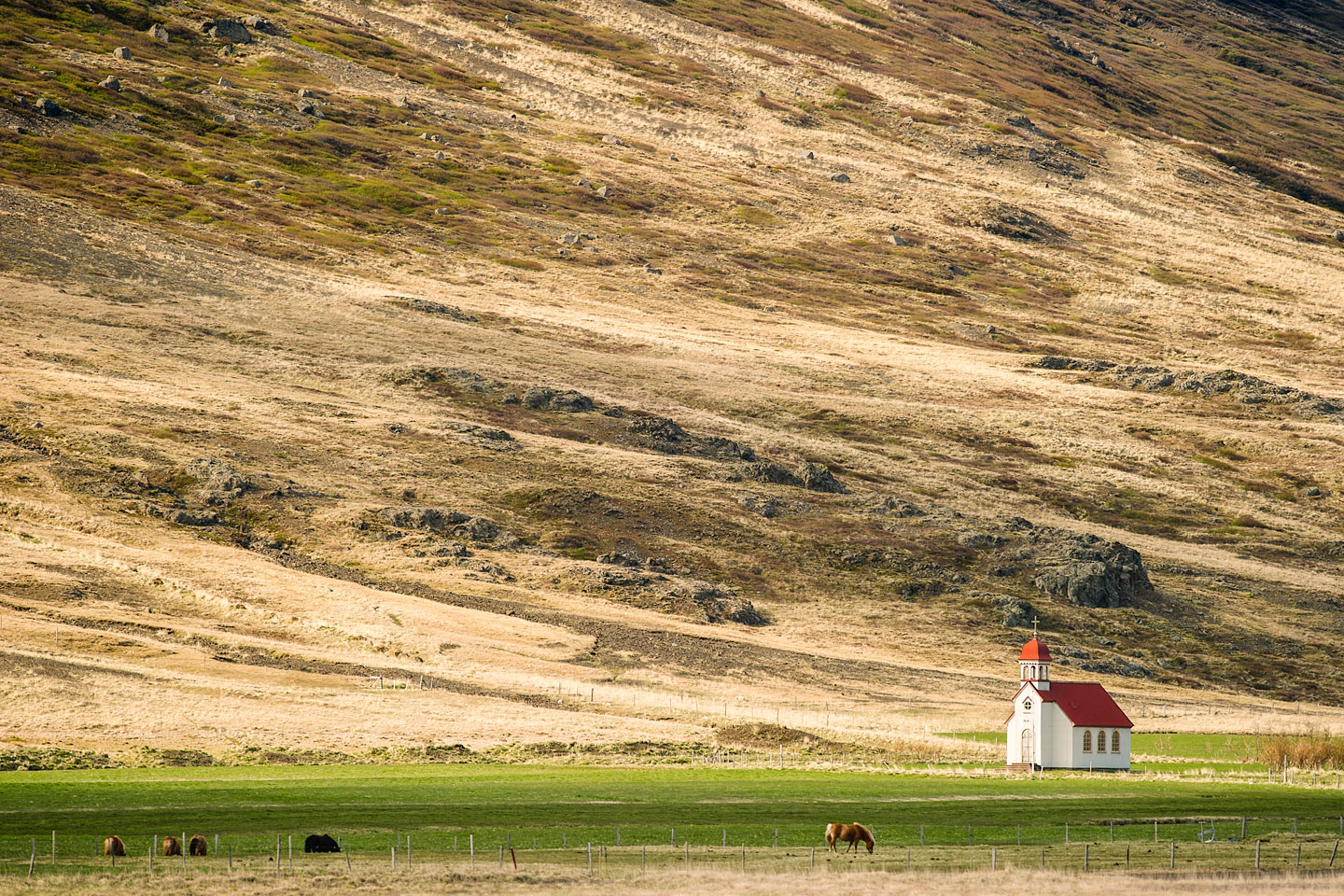 The Only Way to Heaven

In Jesus' death and resurrection, we have a path to eternal life in heaven.

One of the most difficult truths of Christianity is that there’s but one way to heaven: Jesus Christ. People would rather believe that all paths lead to God—and that no religion can exclude someone. But in John 14:6, Jesus claimed to be “the way” and explicitly said, “No one comes to the Father except through Me.”

That raises an important question: How do we come to God through Jesus? It’s not by means of religious rituals, good works, or self-effort—because even “our righteous deeds are like a filthy garment” before God (Isa. 64:6). Scripture provides the answer: We are saved by God’s grace through faith (Eph. 2:8). And that means we must ...

• Hear the message of the gospel. It includes both the bad news of our sinful condition and the good news that God offers forgiveness through faith in His Son (Eph. 1:7).

• Acknowledge our need of a Savior. This involves repentance and faith. We turn from our sins and believe that Jesus died to pay the penalty for our wrongdoing and then rose from the dead. Trusting in the Savior allows us to stop living for ourselves and to start living for Him instead (Rom. 6:10-11).

Truly, the way to salvation is narrow, but it’s the only path that leads away from condemnation and into the eternal glory of heaven.

``Enter through the narrow gate; for the gate is wide and the way is broad that leads to destruction, and there are many who enter through it.

``For the gate is small and the way is narrow that leads to life, and there are few who find it.

Jesus said to him, ``I am the way, and the truth, and the life; no one comes to the Father but through Me.

For all of us have become like one who is unclean, And all our righteous deeds are like a filthy garment; And all of us wither like a leaf, And our iniquities, like the wind, take us away.

For by grace you have been saved through faith; and that not of yourselves, it is the gift of God;

In Him we have redemption through His blood, the forgiveness of our trespasses, according to the riches of His grace

For the death that He died, He died to sin once for all; but the life that He lives, He lives to God.

Even so consider yourselves to be dead to sin, but alive to God in Christ Jesus.

And all the people of Judah took Uzziah, who was sixteen years old, and made him king in the place of his father Amaziah.

He built Eloth and restored it to Judah after the king slept with his fathers.

Uzziah was sixteen years old when he became king, and he reigned fifty-two years in Jerusalem; and his mother's name was Jechiliah of Jerusalem.

He did right in the sight of the LORD according to all that his father Amaziah had done.

He continued to seek God in the days of Zechariah, who had understanding through the vision of God; and as long as he sought the LORD, God prospered him.

God helped him against the Philistines, and against the Arabians who lived in Gur-baal, and the Meunites.

The Ammonites also gave tribute to Uzziah, and his fame extended to the border of Egypt, for he became very strong.

He built towers in the wilderness and hewed many cisterns, for he had much livestock, both in the lowland and in the plain. He also had plowmen and vinedressers in the hill country and the fertile fields, for he loved the soil.

Moreover, Uzziah had an army ready for battle, which entered combat by divisions according to the number of their muster, prepared by Jeiel the scribe and Maaseiah the official, under the direction of Hananiah, one of the king's officers.

The total number of the heads of the households, of valiant warriors, was 2,600.

Under their direction was an elite army of 307,500, who could wage war with great power, to help the king against the enemy.

In Jerusalem he made engines of war invented by skillful men to be on the towers and on the corners for the purpose of shooting arrows and great stones. Hence his fame spread afar, for he was marvelously helped until he was strong.

But when he became strong, his heart was so proud that he acted corruptly, and he was unfaithful to the LORD his God, for he entered the temple of the LORD to burn incense on the altar of incense.

Then Azariah the priest entered after him and with him eighty priests of the LORD, valiant men.

They opposed Uzziah the king and said to him, ``It is not for you, Uzziah, to burn incense to the LORD, but for the priests, the sons of Aaron who are consecrated to burn incense. Get out of the sanctuary, for you have been unfaithful and will have no honor from the LORD God."

But Uzziah, with a censer in his hand for burning incense, was enraged; and while he was enraged with the priests, the leprosy broke out on his forehead before the priests in the house of the LORD, beside the altar of incense.

Azariah the chief priest and all the priests looked at him, and behold, he was leprous on his forehead; and they hurried him out of there, and he himself also hastened to get out because the LORD had smitten him.

King Uzziah was a leper to the day of his death; and he lived in a separate house, being a leper, for he was cut off from the house of the LORD. And Jotham his son was over the king's house judging the people of the land.

Now the rest of the acts of Uzziah, first to last, the prophet Isaiah, the son of Amoz, has written.

So Uzziah slept with his fathers, and they buried him with his fathers in the field of the grave which belonged to the kings, for they said, ``He is a leper." And Jotham his son became king in his place.

Jotham was twenty-five years old when he became king, and he reigned sixteen years in Jerusalem. And his mother's name was Jerushah the daughter of Zadok.

He did right in the sight of the LORD, according to all that his father Uzziah had done; however he did not enter the temple of the LORD. But the people continued acting corruptly.

He built the upper gate of the house of the LORD, and he built extensively the wall of Ophel.

Moreover, he built cities in the hill country of Judah, and he built fortresses and towers on the wooded hills.

So Jotham became mighty because he ordered his ways before the LORD his God.

Now the rest of the acts of Jotham, even all his wars and his acts, behold, they are written in the Book of the Kings of Israel and Judah.

He was twenty-five years old when he became king, and he reigned sixteen years in Jerusalem.

And Jotham slept with his fathers, and they buried him in the city of David; and Ahaz his son became king in his place.

Ahaz was twenty years old when he became king, and he reigned sixteen years in Jerusalem; and he did not do right in the sight of the LORD as David his father had done.

But he walked in the ways of the kings of Israel; he also made molten images for the Baals.

Moreover, he burned incense in the valley of Ben-hinnom and burned his sons in fire, according to the abominations of the nations whom the LORD had driven out before the sons of Israel.

He sacrificed and burned incense on the high places, on the hills and under every green tree.

For Pekah the son of Remaliah slew in Judah 120,000 in one day, all valiant men, because they had forsaken the LORD God of their fathers.

And Zichri, a mighty man of Ephraim, slew Maaseiah the king's son and Azrikam the ruler of the house and Elkanah the second to the king.

The sons of Israel carried away captive of their brethren 200,000 women, sons and daughters; and they took also a great deal of spoil from them, and brought the spoil to Samaria.

But a prophet of the LORD was there, whose name was Oded; and he went out to meet the army which came to Samaria and said to them, ``Behold, because the LORD, the God of your fathers, was angry with Judah, He has delivered them into your hand, and you have slain them in a rage which has even reached heaven.

``Now you are proposing to subjugate for yourselves the people of Judah and Jerusalem for male and female slaves. Surely, do you not have transgressions of your own against the LORD your God?

``Now therefore, listen to me and return the captives whom you captured from your brothers, for the burning anger of the LORD is against you."

Then some of the heads of the sons of Ephraim--Azariah the son of Johanan, Berechiah the son of Meshillemoth, Jehizkiah the son of Shallum, and Amasa the son of Hadlai--arose against those who were coming from the battle,

and said to them, ``You must not bring the captives in here, for you are proposing to bring upon us guilt against the LORD adding to our sins and our guilt; for our guilt is great so that His burning anger is against Israel."

So the armed men left the captives and the spoil before the officers and all the assembly.

Then the men who were designated by name arose, took the captives, and they clothed all their naked ones from the spoil; and they gave them clothes and sandals, fed them and gave them drink, anointed them with oil, led all their feeble ones on donkeys, and brought them to Jericho, the city of palm trees, to their brothers; then they returned to Samaria.

At that time King Ahaz sent to the kings of Assyria for help.

For again the Edomites had come and attacked Judah and carried away captives.

For the LORD humbled Judah because of Ahaz king of Israel, for he had brought about a lack of restraint in Judah and was very unfaithful to the LORD.

So Tilgath-pilneser king of Assyria came against him and afflicted him instead of strengthening him.

Although Ahaz took a portion out of the house of the LORD and out of the palace of the king and of the princes, and gave it to the king of Assyria, it did not help him.

Now in the time of his distress this same King Ahaz became yet more unfaithful to the LORD.

For he sacrificed to the gods of Damascus which had defeated him, and said, ``Because the gods of the kings of Aram helped them, I will sacrifice to them that they may help me." But they became the downfall of him and all Israel.

In every city of Judah he made high places to burn incense to other gods, and provoked the LORD, the God of his fathers, to anger.

Now the rest of his acts and all his ways, from first to last, behold, they are written in the Book of the Kings of Judah and Israel.

So Ahaz slept with his fathers, and they buried him in the city, in Jerusalem, for they did not bring him into the tombs of the kings of Israel; and Hezekiah his son reigned in his place. 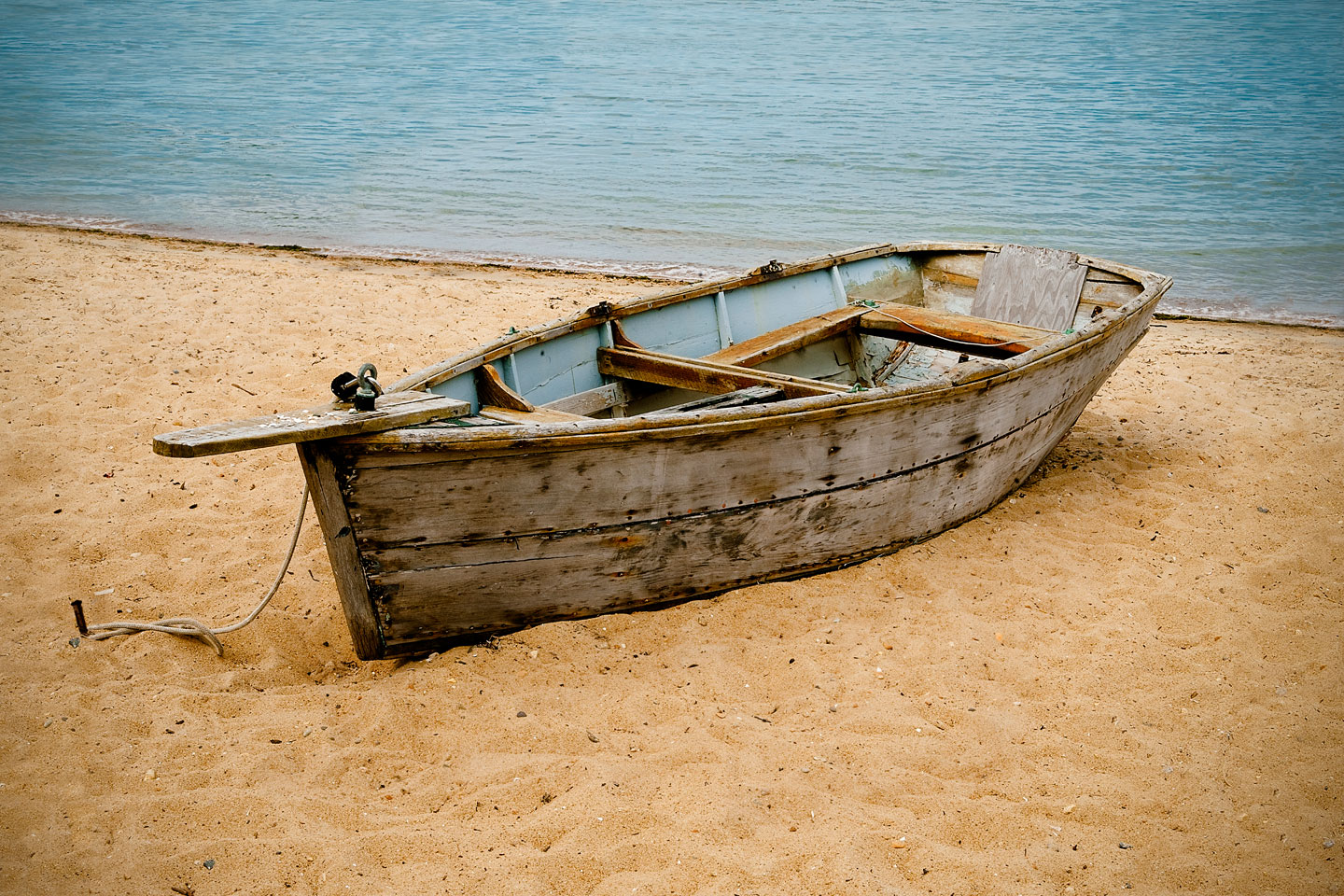 Daily Devotion
Our Eternal Home
Heaven is more than an idea—it is a real place of healing, restoration, and unimaginable joy.
May 18, 2022 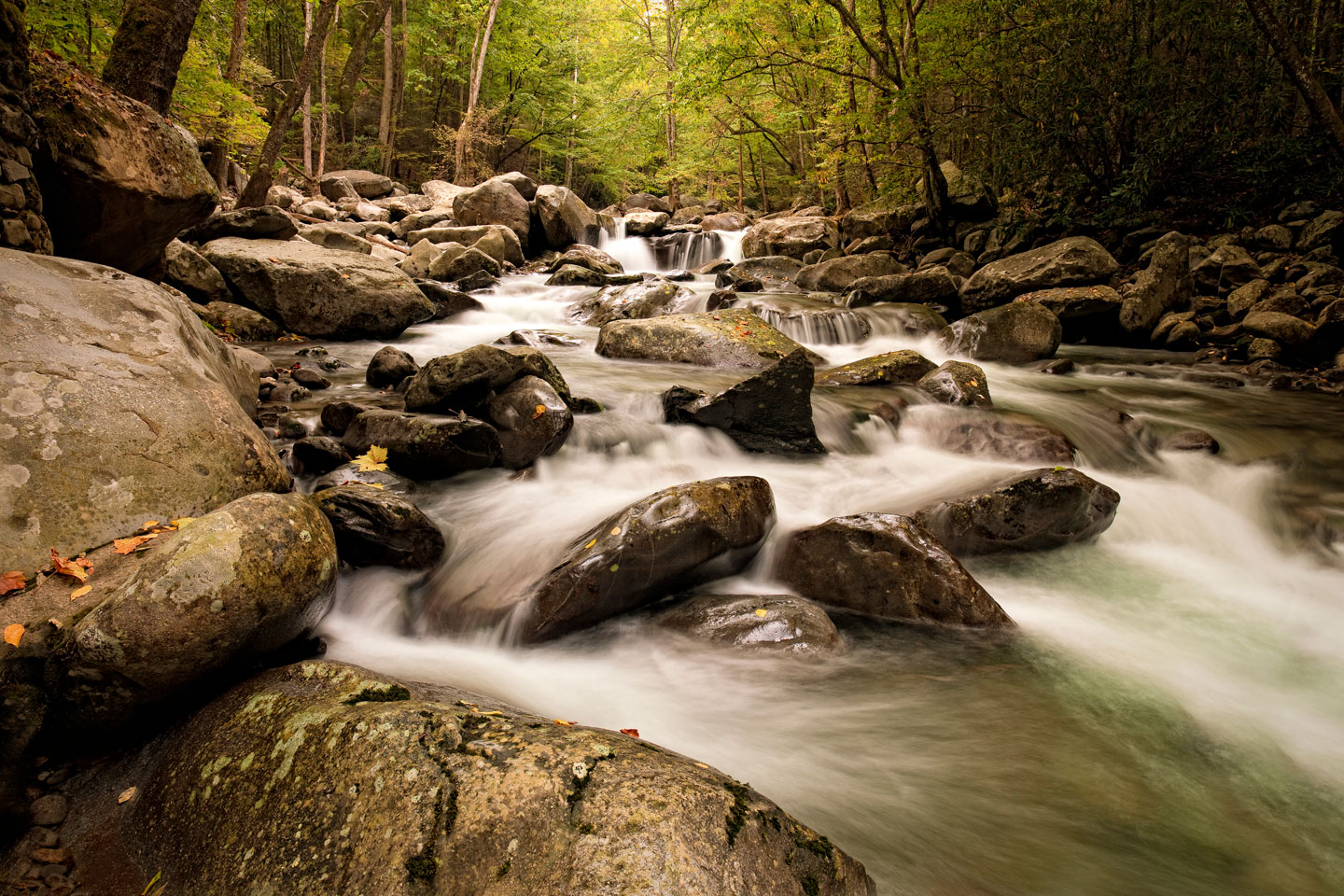 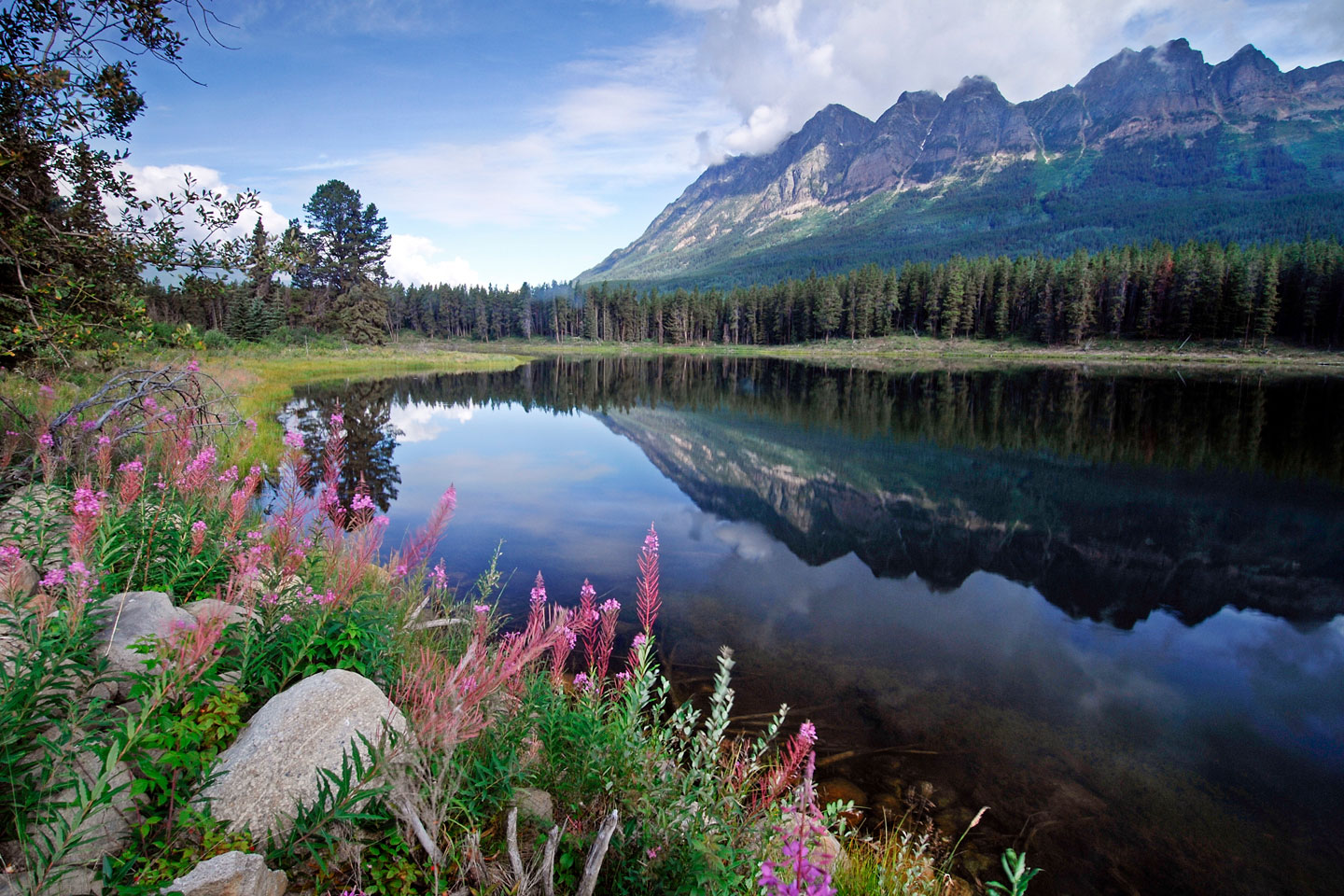