Your Convictions About the Crucifixion of Jesus Christ

As the most famous symbol of Christianity, the cross is everywhere—artwork, jewelry, logos, even advertisements. But the cross of Jesus is much more than a marketing gimmick or a symbol for a world religion; it is the clearest revelation of God’s love for the world. In this message, Dr. Stanley sheds light on the death of Jesus and how it affects all of us here and now. We may feel far removed from the events that happened at Calvary that day, but the crucifixion of Jesus still remains at the heart of the Christian life.

As the most famous symbol of Christianity, the cross is everywhere—artwork, jewelry, logos, even advertisements. But the cross of Jesus is much more than a marketing gimmick or a symbol for a world religion; it is the clearest revelation of God’s love for the world.

In this message, Dr. Stanley sheds light on the death of Jesus and how it affects all of us here and now. We may feel far removed from the events that happened at Calvary that day, but the crucifixion of Jesus still remains at the heart of the Christian life.


Also this week: God Has a Plan for You

Your Convictions About the Crucifixion of Jesus Christ

The cross has become a symbol of Christianity, but it’s so much more than a mere piece of jewelry hanging around someone’s neck.

The crucifixion of Christ is such an important doctrine because understanding it correctly determines whether or not we have eternal life. This was not simply the execution of a Jewish man by hanging on a cross. What transpired in that event was the solution to mankind’s biggest problem—sin and our resulting alienation from God.

Corinth was one of the most corrupt cities of its time, and its belief system was a mixture of various philosophies.

However, when the apostle Paul arrived, he didn’t come to discuss philosophy but had only one message for the people of Corinth, “For I determined to know nothing among you except Jesus Christ, and Him crucified” (1 Cor. 2:2). Although the cross is a stumbling block to the Jews and foolishness to the Gentiles, to those who are called, Christ crucified is the power and wisdom of God (1 Cor. 1:23-24).

Paul had a conviction that the crucifixion was the most vital subject he could address. A conviction is being so thoroughly convinced that something is absolutely true that we’ll take a stand for it regardless of the consequences. As believers, we must understand what happened as Jesus died on the cross so we too can be thoroughly convinced of its supreme significance.

The crucifixion was God’s plan.

Although the Jews and the Romans both played a role in putting Jesus on the cross, God was the one who had already planned the death of His Son as an atonement for mankind’s sin.

God’s plan for the crucifixion of His Son was motivated by three things:

The crucifixion was where our sin and God’s love and justice met.

Jesus died on the cross as an atonement, which means a payment for sin. In the Old Testament, the animal sacrifices were a shadow of the ultimate sacrifice that would one day atone for sins once and for all. Because of His great love for us, God sent His Son to earth to pay the penalty for our sin with His death on the cross. He alone was qualified because as God in human flesh, He was the only one who ever lived a sinless life. Our sin was laid on Him, and He died in our place, thereby satisfying the Lord’s justice.

The cross is the heart of the Christian life.

The crucifixion is the divine transaction that saves us. Only the blood of Christ can cleanse us from sin and reconcile us to the Father. Although the Jews and the Romans viewed the crucifixion as the execution of a criminal, God saw it as the perfect atoning sacrifice that allowed Him to justify sinful mankind.

Christ’s sacrifice surpassed all the previous ones (Heb. 9:24-26). The Old Testament priests entered the temple offering the blood of animals year after year. But Jesus entered one time into the holy place in heaven to appear before God and “put away sin by the sacrifice of Himself” (v. 26).

Sin is so evil that we cannot ignore, excuse, or rationalize it. Those who die in their sins without the Savior will pay the penalty of eternal separation from God. Our sin cost the heavenly Father the death of His beloved Son whom He willingly sent to die for us so we could be justified and not have to pay for our own sin.

The crucifixion was the only moment in eternity when the Godhead was separated.

As Jesus hung on the cross, He cried out, “MY GOD, MY GOD, WHY HAVE YOU FORSAKEN ME?” (Matt. 27:46). In those horrible moments when the sins of the world were laid on Him, He bore the weight of all our guilt, and for the first time since eternity past, He felt the separation from His Father.

The crucifixion was an event that can never be duplicated and will never need to be repeated.

Christ’s atoning death happened on one day and in one moment in history. It was sufficient to pay for all the sins of everyone who’s lived or will live from Adam until Jesus returns. Christ never has to suffer and die again.

The death of Christ covered everything.

Nothing can compare with what Jesus accomplished on the cross, and nothing else is required to pay for our salvation. Christ’s crucifixion makes forgiveness possible for everyone who believes in Him. And for those who do, their future is secure because their names are written in the Lamb’s Book of Life.

There were three crosses on the hill that day. On one was a blaspheming criminal; in the middle was the Son of God paying the penalty for sin; and on the third cross hung a repentant sinner saying, “Jesus, remember me when You come in Your kingdom!” (Luke 23:42). There was nothing he could do except believe that Jesus was the Messiah, and Christ answered him, “Today you shall be with Me in Paradise” (v. 43). The only way to be saved is through faith in Jesus Christ.

This post is a part of the series The Convictions by Which We Live. 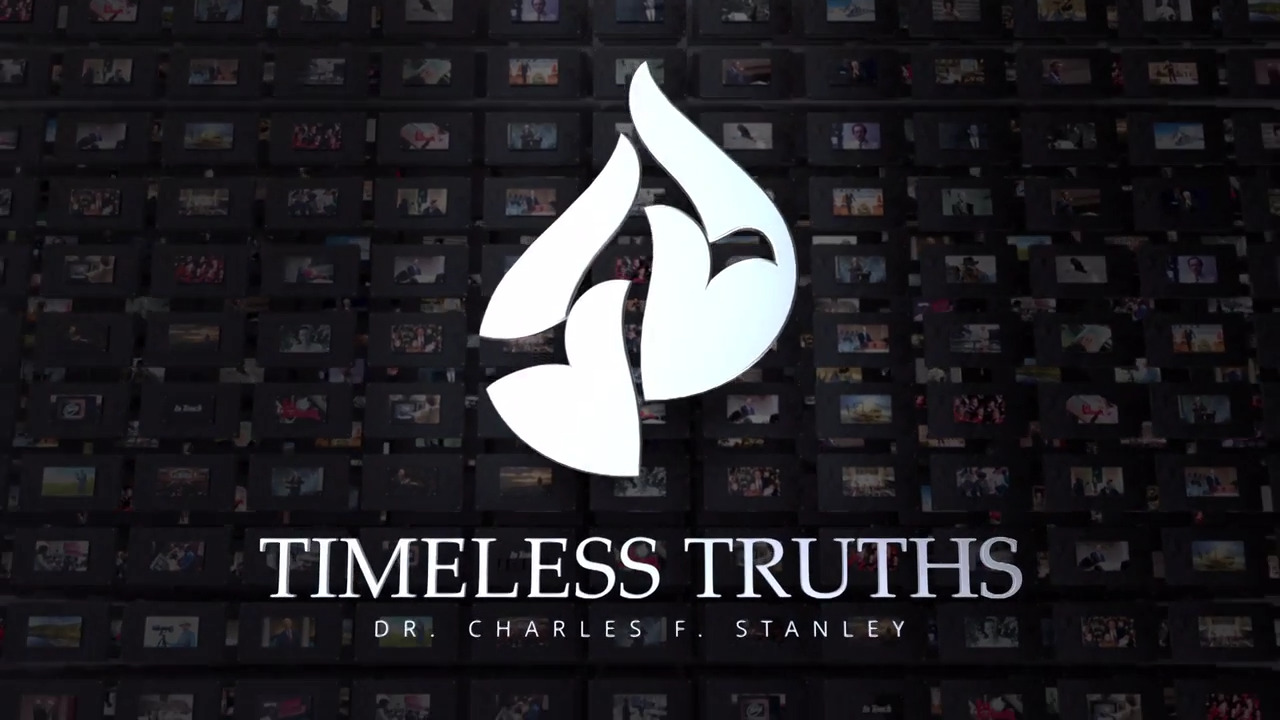 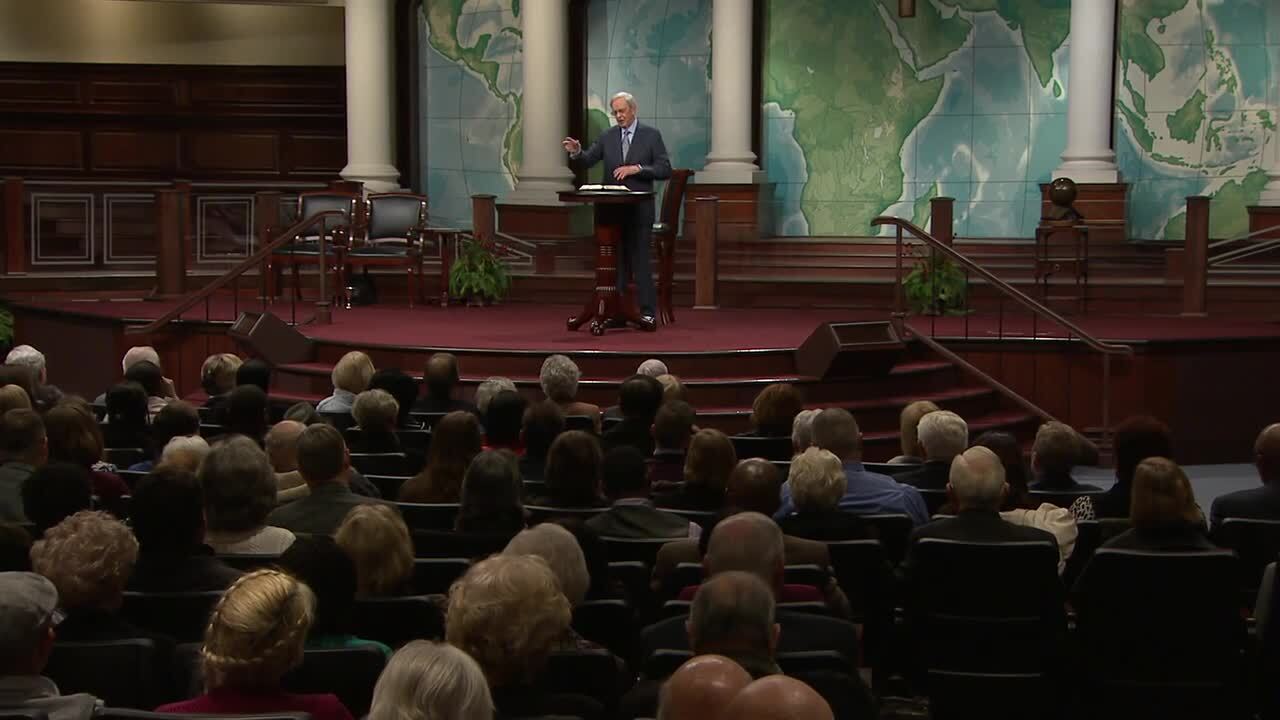